An overview of French employment contracts 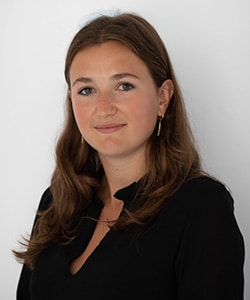 An overview of French employment contracts

It is well-known that French employment law offers strong protection for employees, ensuring that once a contract is signed, dismissals can be a very complicated process. Therefore, it is important for a company to understand the different types of employment contracts that exist in France before embarking on hiring French personnel. Numerous forms of job contracts exist in France, reflecting the multifarious nature of the French job market. The most common employment contracts are the CDI (contrat duration indeterminée) and CDD (contrat duration determinée), both signifying a relationship between the employer and employee in the eyes of the law.

The CDI is commonly regarded as the most favourable contract for an employee, and suggests a more stable mode of employment, since there is no fixed end date. This contract can be terminated through a resignation, dismissal or a mutual agreement, which are all executed in different ways. A CDI is written up when a firm is hiring an employee to take on a position relating to the usual and established operations carried out by the company, further indicating the permanent nature of this mode of employment.

As its name suggests, a CDD involves a set end date which is agreed on before the start of the job, and thus no notice period is required. This contract can only be written up under specific conditions which mean that there is a need to hire an employee to perform a temporary task or role. Such circumstances include seasonal occupations, temporary replacements for absent workers, or a short-term spike in business activities triggering a demand for extra staff. A CDD cannot exceed a certain period of time, which is normally 18 months. However, it can be renewed twice and, depending on company needs, it can be changed to a CDI.

There are many other forms of employment contract in France, most of which are written up less often than the two briefly outlined in this blog. Here at Maupard, we can assist you with drafting an employment contract, and offer advice on which contract would suit you and your employees best.