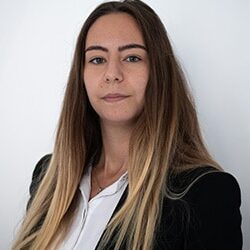 An administrative assistance agreement between France and the UK has been signed:

In cross-border trade between both countries, a tax representative is no longer mandatory but a tax agent is acceptable.

The United Kingdom left the jurisdiction of the European Union on January 1st, 2021, after a long transition period of 11 months.

From now on, the United Kingdom is part of the ” Non-EU ” club of third countries like Australia, Canada, China, Japan, Norway or Iceland.

European terminology will no longer be used in trade between France and the UK.

Who are the companies concerned?

UK companies and VAT payers wishing to do business in France.

What is the purpose of a tax representative?

In the past, companies wanting to do business in France and based outside the EU had to appoint their own tax representative. Indeed, in case of default of payment of its taxes by a non-resident tax payer, the French State has no enforcement in an area outside its jurisdiction. But there is a way to overcome this: the French government has managed to achieve a compromise with the British government and enter into a cooperation agreement to assist in the collection of its tax. This agreement is called a “mutual administrative assistance agreement”. -in other words, intra-state recovery agreement-

It is understandable that such an agreement would be helpful if the government did not have a reliable (and trustworthy) local contact to secure the payment of its taxes. The advantage of a tax representative facilitates cash recovery for taxes on behalf of the French State and prevents it from having to initiate costly collection actions outside its jurisdiction.

Indeed, the French State has obtained sufficient assurance thanks to this new “administrative assistance” agreement concluded on February 27, 2021.

Since then, there has already been a basic principle provided for in article 289 A of the French tax code (“CGI”” in French) which stated precisely:

– If there is an agreement, then no tax representation is requested.

– If there is no agreement, then tax representation is compulsory.

From now on, English companies are no longer required to appoint a tax representative in France, but only a tax agent.

This is good news.

Thus, it will no longer be necessary to look for a representative who would agree to defend a British company against the French government.

What is the difference between an agent and a representative?

The authorized tax representative is liable for the VAT owed by the company they represent. Their liability & risk exposure is therefore higher than that of an agent who is not involved in covering settlement of further tax debts.

On the other hand, from now on, in case of default of a British company, please note that the French tax authorities are in a capacity to carry out cash recovery actions directly from the company on British territory.

Why appoint a tax agent?

This is the most practical solution: the tax agent is a partner who will allow the British company to compensate for its lack of knowledge of the French jurisdiction (tax forms, & meeting deadlines) and will secure the tax compliance of operations initiated by its client.

Our team will be happy to offer you these services to assist your companies in their VAT formalities and tax obligations contact@maupard.com